So you just got an iPad (for Christmas) what killer apps should you get? Kenzig's top 5 picks.

Being a "PC" all of my life and a Microsoft fan boy, I never quite really got into the "Mac" thing throughout my 30 year or so long computer career.  Yeah, I "played" with the stuff, I had several iterations of the old style iPod, set up a Mac IIe for the library, messed around with a blueberry iMac, and even set up and played with a PowerMac.

But Apple products were never for me, that is until I got my first iPod Touch.  It was a gen 1 I got off eBay and I just had to know what the hype was about. When I got the device in my hands, I was immediately hooked. I began using and carrying it around in my pocket every place using it for email, calendar appointments, notes, internet, apps and sometimes even music.  I had to brag and show it around work and show it to everyone I could. Four years later and I now have an iPod Touch Gen 4, an iPhone 3gs, an iPad I and iPad II.

I guess you can call me a pseudo Apple Fanboy now, I use my iPad now more than my home computer. (I am still a PC though)
I have over the years amassed 533 Apple iTunes Apps, you read that correctly, 533 apps that I have downloaded for free or purchased for the iPod/iPad/iPhone. I have spent far too much money over the last 4 years on "iDevices" and the Apps that go with them. Because of this I have been able to sort through the riff raff of apps and find some true "gems" that I personally can not live without on my iPad for day to day use.  So I picked my top five all time favorite apps for the iPad that I think will make your first iPad app experiences pleasant

Now the iPad comes with many great apps to get you started. And you can get all of the standard social networking apps like twitter and facebook easily enough for free from the app store, but what happens when you really want to get something done? You need the most useful apps and the most bang for your buck.
Before I get too far I want to stress to you, the new iPad owner, that the very first thing you should do before you plug your iPad into your computer is to be certain you have downloaded and installed the latest version of Apple iTunes on your PC/Mac. Click on help and then select check for updates in the iTunes top menu and check to make certain you have the latest version.

I am assuming you have set up the internet and other settings on your iPad for this article and are ready to get started with using it.  I also assume the user knows how to tap the App Store icon and navigate and download an app from the app store. One thing I would suggest to the novice iPad user is to be careful about what free apps you select from the App Store. Most free apps, except those from well known suppliers contain ads that show within the app and will encourage you to buy the paid version to have the ads removed. Know that if you install these free versions, the app will constantly request updates in the App store to update the ads in the app. It can get frustrating seeing the same app want to update itself week after week so it can download the updated ads to it.

I realize that everyone has different tastes, and use will use their devices differently than I do,  but I wanted to take a stab at creating a list of what I believe to be the must have iPad Apps for the common person who just got their iPad and has a shiny new iTunes card in hand. So lets get started already. 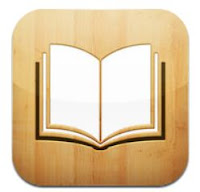 BOOKS
One of the main reasons most people want or purchase an iPad is so that they can read books on it. It thouroughly confuses me why Apple does not include one of the most useful apps available for the device which is iBooks.  iBooks is a free App by Apple that lets you read books from the App Store, PDF's and a few other types of files. It also is the only way to get the iPad user manual. I use iBooks at least twice a day to read a PDF file off of the web. There are thousands of free books you can get from the iTunes store to read in iBooks. iBooks can be had for FREE from here: http://itunes.apple.com/us/app/ibooks/id364709193?mt=8
After download open up the iBooks app, go to the store and search for the FREE iPad user guide for IOS 5.0. This is is must have and a must read. Get the free iPad 2 starter guide while you are at it (or the iPad Starter guide if you have a first gen iPad)

Of course you may want to get the free Amazon Kindle App and Barnes and Noble Nook app if you read a lot. Also don't forget the free Google books, Stanza and Wattpad Apps for many free and public domain writings. This group will surely keep you busy.
NEWS
Under the books and reading category if you like news, I would also highly reccomend the free USA Today app which is made for the iPad. You can get that from here: http://itunes.apple.com/us/app/usa-today-for-ipad/id364257176?mt=8  We won't count these apps toward my fave 5 though. 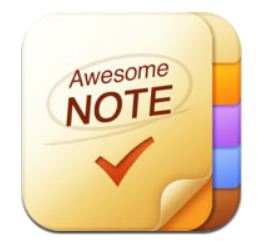 The next task you are going to use your iPad for a lot is taking notes. While I understand there is a built in Notepad App for the iPad, you will find it not sufficient if you want to organize your notes and better keep track of them.  The app that is a must have is one called Awesome Note.  It is like sticky note on steroids for your iPad.  You can organize the notes in folders, set timers on the notes on the calendar, make todo and grocery lists, take quick notes while in a meeting or on the phone.  And you can sync your notes with Google docs or Evernote. At $3.99 US you will not be dissappointed.  Awesome note is my most favorite utility App for both my iPhone and my iPad. You can get it from the following link:
http://itunes.apple.com/us/app/awesome-note-to-do-diary/id320203391?mt=8
Runner up Note Apps you also may want to look at are My Notebook!, Evernote, or Penultimate. Again not in my favorite five though. 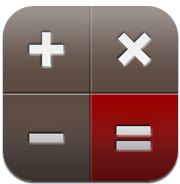 CALCULATOR
Previous IOS versions on the Apple devices contained a Calculator app.  When Apple introduced the iPhone 4 and the IOS 4.5 that went along with it, the Calculator app was suddenly absent.  Big sigh. What the hell Apple? I don't get it. Now so many, many developers came out with Calculator apps it is hard to slush through to find a useful one. There are a boatload of free ones out there, though inundated with ads. Pony up 99 cents and buy Calculator 4. You will be glad that you did. You will use it all the time and it will serve you well. Get it here: http://itunes.apple.com/us/app/calculator-4-ipad-edition/id387648188?mt=8 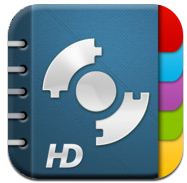 CALENDAR
I use my favorite calendar app a lot to remind me of bill pay dates and for my upcoming meetings and doctors appointments.  The iPad has a built in calendar app that may be sufficient for most people but not for me. Before iCloud in IOS 5.0 it was not very easy to sync your appointments between your iPhone and your iPad. Further backup of your appointments was difficult unless you used an app like Mobiun Copy.  While I realize that has all changed with IOS 5.0, the built in calendar is still not enough for me.  My calenday of choice is Pocket Informant HD.  At $14.99 this is probably one of the most expensive apps I have paid for. It has been worth every penny for me. Pocket Informant HD has allowed me to sync my Google Calendar and local appointments all on to one calendar. (It also will sync with Toodledoo calendars) Direct to Outlook for Windows Sync is available though it requires separate $5 WebIS Desktop Sync software from http://tinyurl.com/yggbk2a . Pocket Informant HD allows me to make tasks and set alarms or reminders.  I never miss a bill payment because I can set up repeating appointments.  Pocket Informant HD also gives you List, Day, Week and Month views and planner style screens. I just can't say enough good things about it.  You can get more information and download Pocket Informant HD from here:

Best Game
It was tough coming up with a choice for my final category. After all what is the iPad without the lacking weather app. My dad used to always tell me to look out the Window if I wanted to know what the weather was like. If you want my opinion the Weather+ App wins this category hands down so there is no discussion.  How about entertainment and TV? If you search the iTunes App store you can find free Apps for all of the TV networks. Music? Lots of free apps like Pandora, IHeartRadio, Radio.com and Aol Radio. But for the diehard radio fan everone knows Wunderradio beats them all and worth the $3.99 price. And I know there are still more thousands of utilities and useful business line apps out there I could of picked.  Still none of these apps are on my everyday use list. And they are all fodder for follow up articles in each of their respective categories.
When not using my device on the web and in the other 4 apps I have mentioned, the rest of my time is spent playing games. After all, the iPad is a fabulous game device and there are tens of thousands of games available for it. Sure I tried the most famous Angry Birds, mindlessly shooting birds of all sizes at pigs in various structures, and I was bedazzled by Bejeweled for hours. But I must be becoming an old fuddy duddy because my all time favorite past time and game to play on the iPad is Scrabble by Electronic Arts. If you are a fan of the board game spend the $4.99 and get this one. This is one game that will keep your mind sharp and you may learn a word or two playing against the computer.  You can also play multiplayer by passing it around the room to friends and family, or play with friends on Facebook who have the app. Get it here:
http://itunes.apple.com/us/app/scrabble-for-ipad/id363306776?mt=8
I would be remiss if I did not point out that a close second to Scrabble when it comes to games for me is Pinochle by Fishdog.Net (again out comes the fuddy duddy). Once again if you are fan of the game there is no better version. 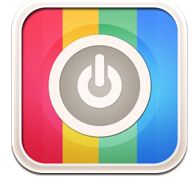 More Advice
I realize in the scope of this article I can not give you advice for all app categories. However a great app to give you advice about other app categories and to get you started is called AppStart by Appadvice. This free app will give you some of the best tips of suggestions for those other killer Apps you should have on your iPad. I still use this to find new apps almost every other day. Get Appstart from here http://itunes.apple.com/us/app/appstart-for-ipad/id408984648?mt=8


So there you have it my top 5 picks(and then some) for the best killer iPad apps you should take a look at.
Posted by Unknown at 6:11 PM